Despite a very hot day in Luxembourg (and overall Europe), AMFIE’s 28th General Meeting gathered an amazing number of our members in a nicely air conditioned, garden surrounded auditorium. We shared our views on the Association 2018 performances that demonstrated a constant downside protection of your deposits, as well as the future for 2019 that at the time of our writing, appears favourable to AMFIE.

We “spoiled” (as Netflix users would say) part of the first survey we conducted earlier, but stay tuned : we will officially unveil both the trailer and the first episode in our next edition!

In the meantime, your team is working on extended solutions to offset the low interest rates cycle we entered into, always actively balancing low risk and better return for your investments. AMFund proved to be an adequate proposal in this case as you will read in these columns, as well as the savings account’s returns (which has not been reduced – see below) that appear extremely attractive considering zero - negative rates in EU.

Stéphane Argyropoulos
President of the Board of Directors 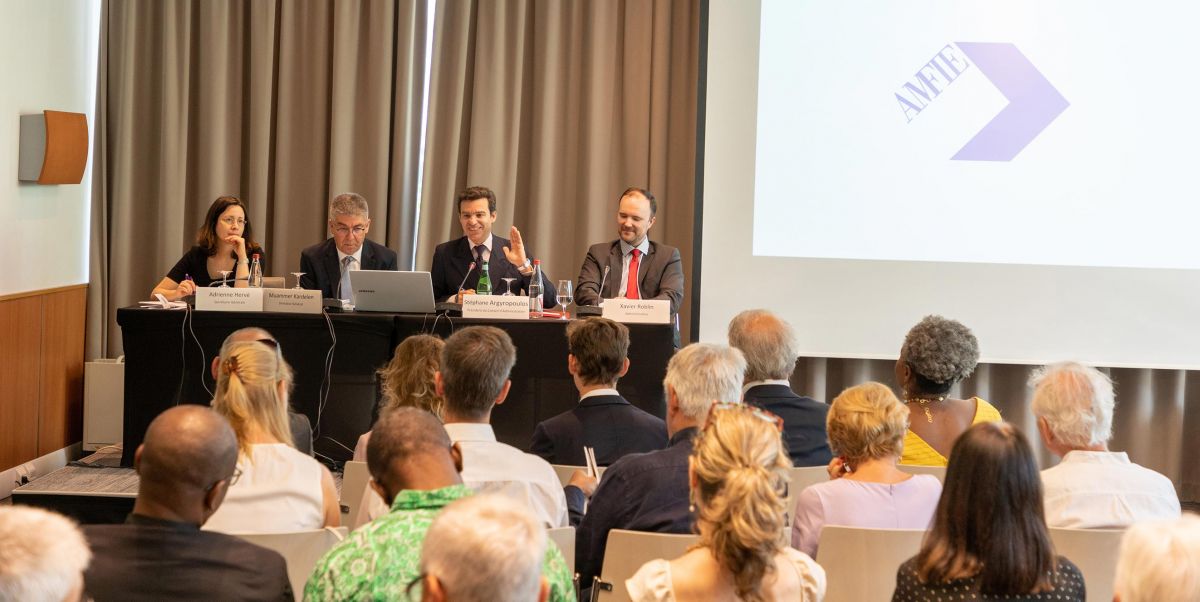 May we remind you how important the “Communication” field is when depositing money with AMFIE via one of our correspondent banks. It is vital that you indicate clearly your NAME and your AMFIE MEMBERSHIP NUMBER.

This is to ensure that your transfer reaches us safely. If the information is missing, our correspondent banks who first receive your transfer may no longer be able to accept the funds, and will return them.

On 12 and 13 July last your AMFIE team were able to witness, practically from our own windows, a major event in multilateral cooperation:  the annual meeting of the Asian Infrastructure Investment Bank, which was for the first time being held outside Asia.

Established in 2015 and operational since 2016, the AIIB is an international organisation based in Beijing with a staff of around 300 and capital of 100 billion US dollars.

Why Luxembourg for this meeting? In addition to the country's top-ranking financial market, its major role in the internationalisation of the Renminbi, and the numerous international organisations present in the Grand Duchy, Luxembourg was above all the first European country to become a member of the AIIB on its foundation, subsequently joined by all other EU members states and many others now totalling 100.

More than 1200 participants from all major international institutions, member states' governments and civil society were able, over the two days, to exchange views on the theme of cooperation and connectivity, and on green finance for the benefit of financing sustainable infrastructure.

There are photos of the event at https://www.aiib.org/en/news-events/events/annual-meeting/overview/index.html 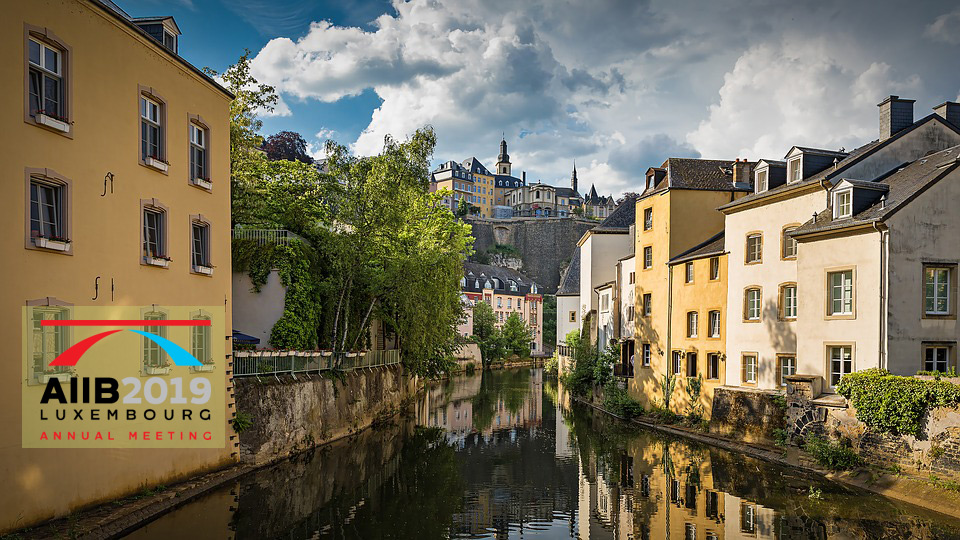 AMFund, the solution to your asset management 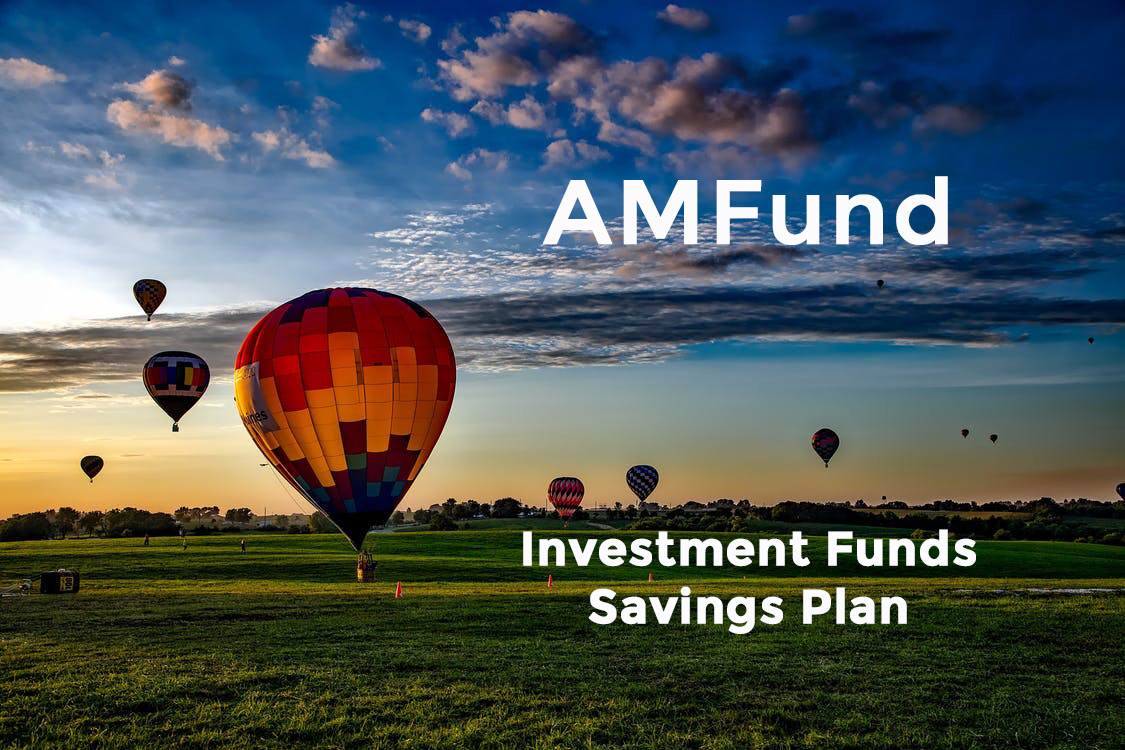 You want to build up some savings, and want something more than an ordinary monetary investment?
AMFund asset management could be what you are looking for.

Émile, the house journal of Sciences Po, has published an advertorial at AMFIE's behest. The full article can be read here on our website

In June, Janine Rivals and Svend Booth visited ITER, Cadarache (here in front of the building). 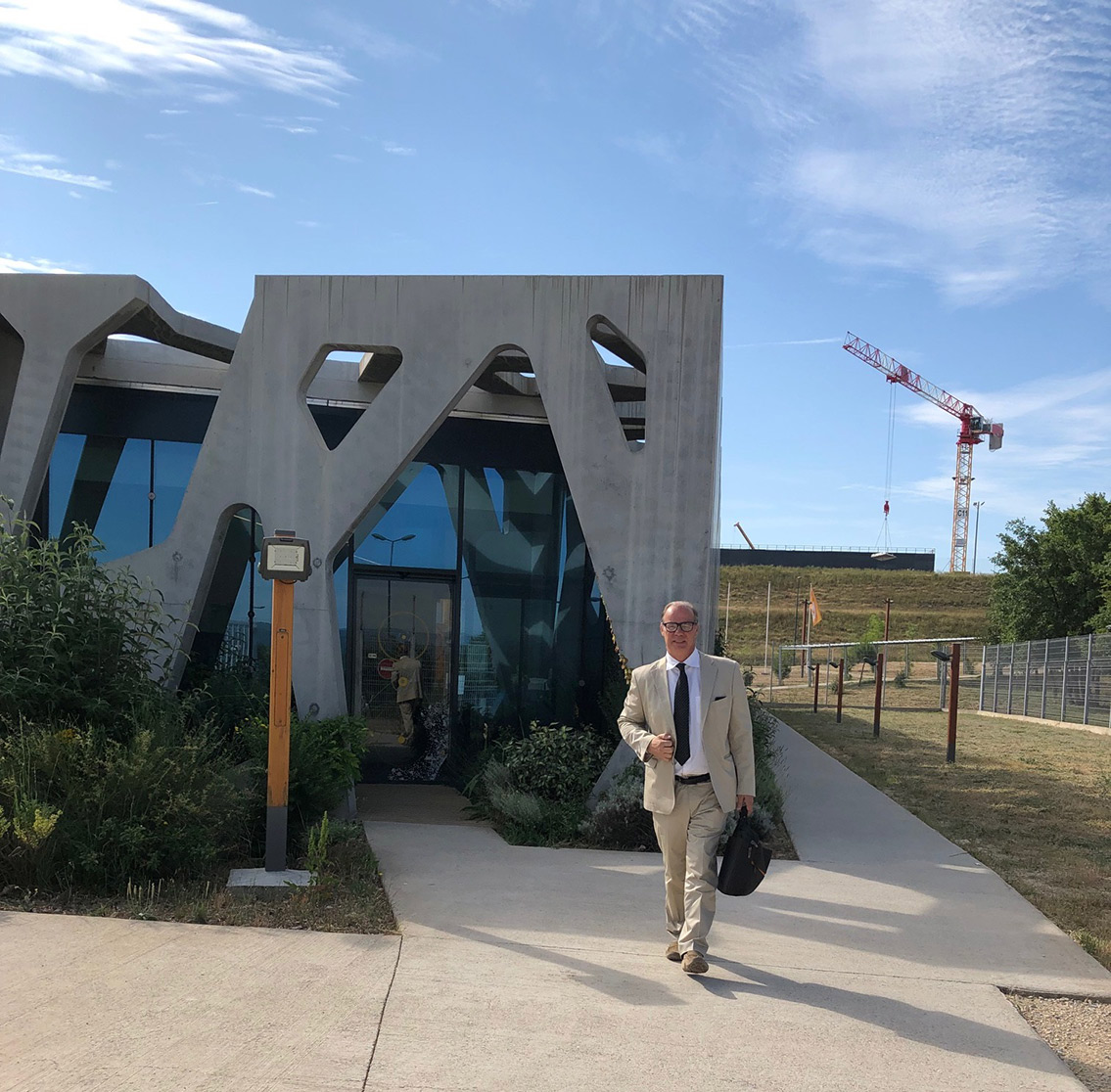 Read about the Yields for the third quarter 2019 applied to the Savings accounts, the AMFIE Flexible term deposit, as well as the 0-18 Savings account. 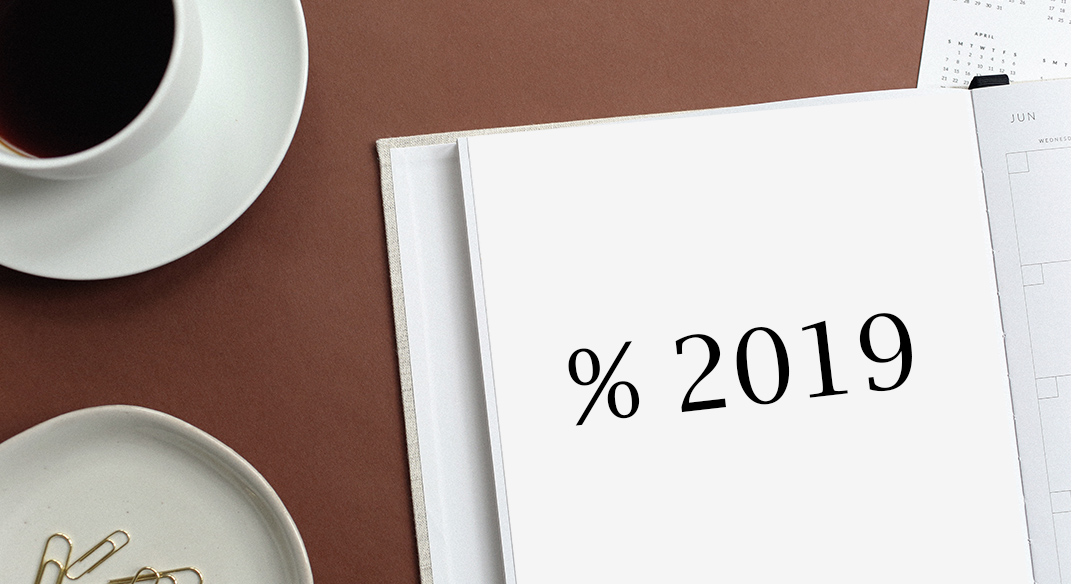 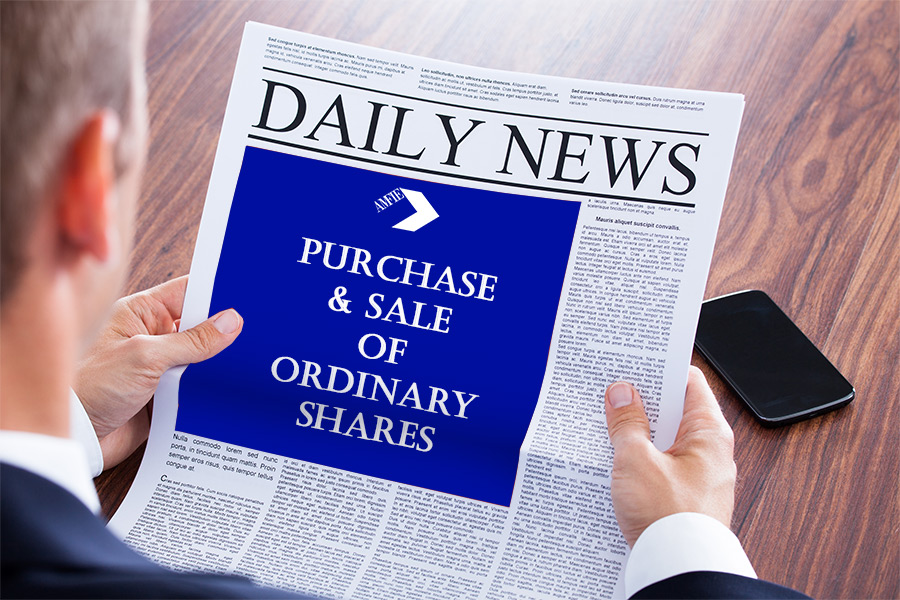 These sales are organised to allow members who wish to buy shares in AMFIE's capital to do so at a price established by the Board.

The sale is organised in October. Potential buyers may advise the Association by 4 October at the latest via amfie.net* or by correspondence, of the number of shares they wish to buy at the price of €96.40 per share.

Congratulations to our 6000th member

Rita Umeh-Okoyeocha, Vice-chair of AMFIE and coordinator for the ADB, congratulated Mme Théodorée Rajamason, AMFIE's 6000th member, on welcoming her to our community. Mme Rajamason works as a systems analyst at the African Development Bank. 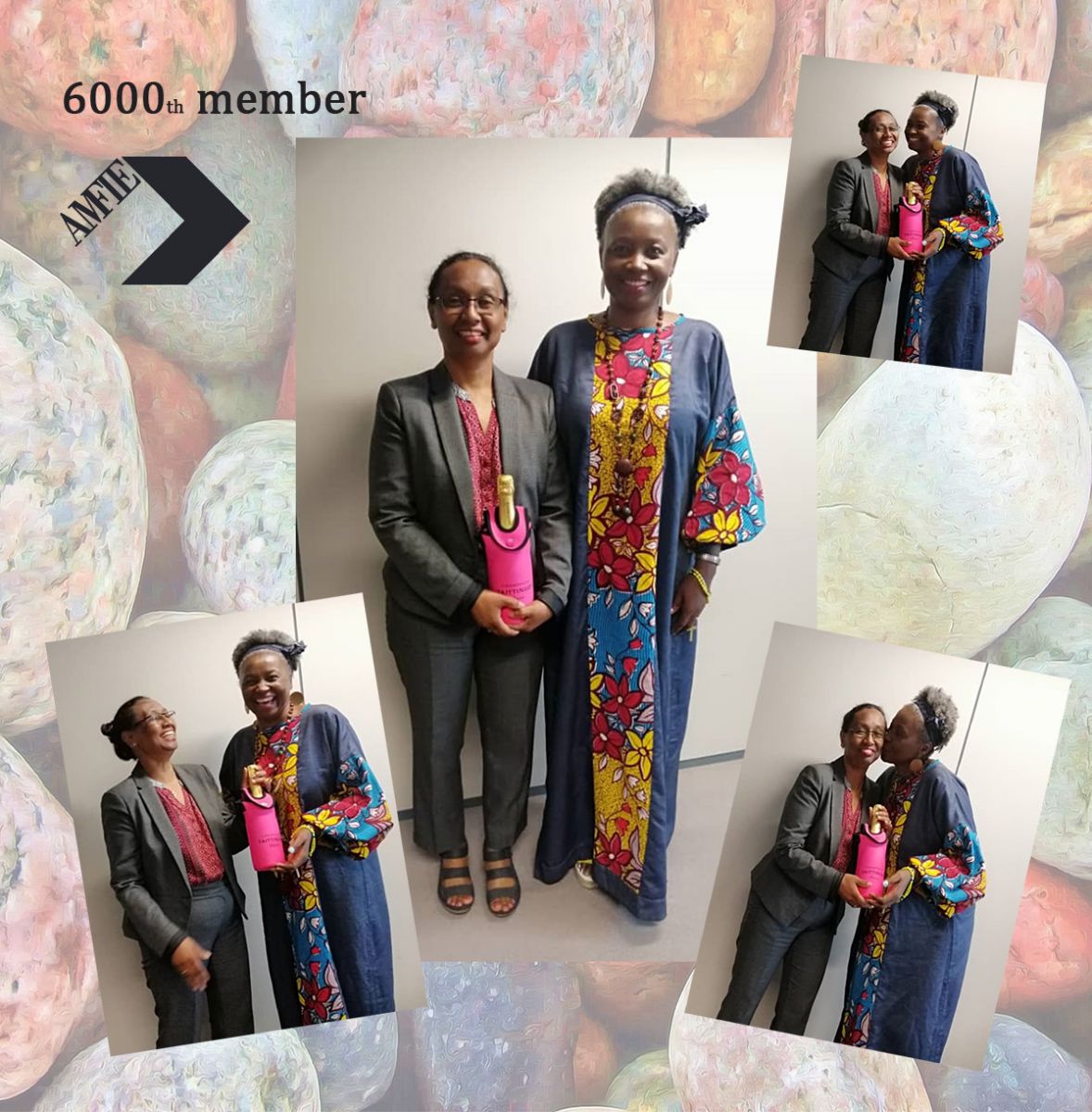 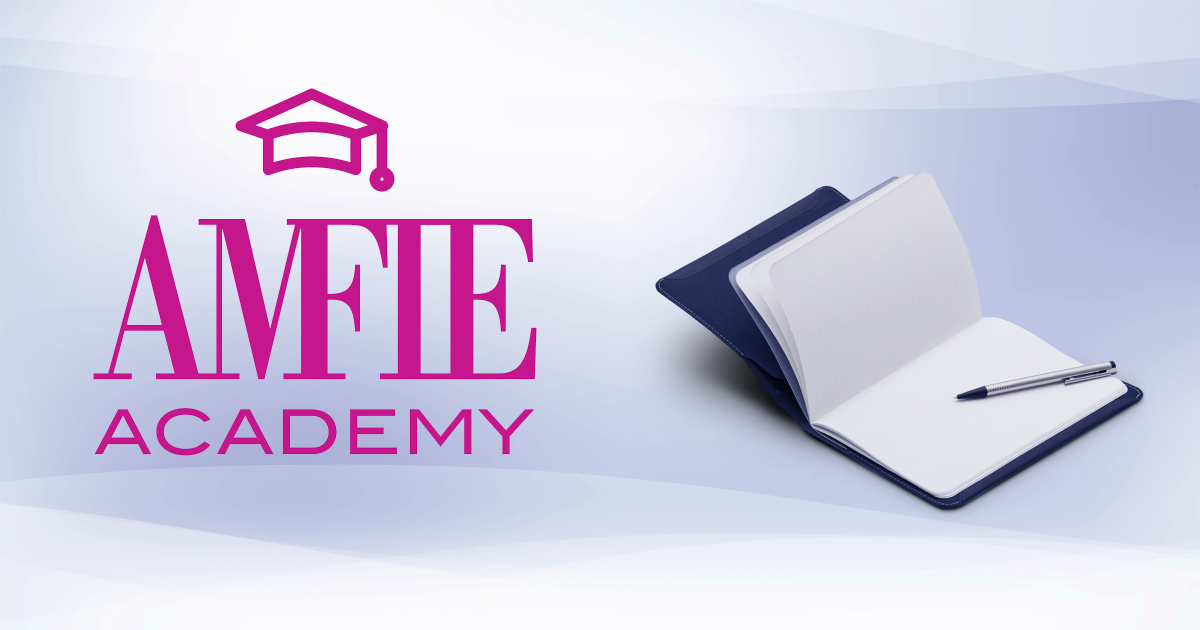 AMFIE's coordinators held their meeting on the eve of the Association's Annual General Meeting, to exchange and share experiences. All our thanks once again for their cheerful participation. 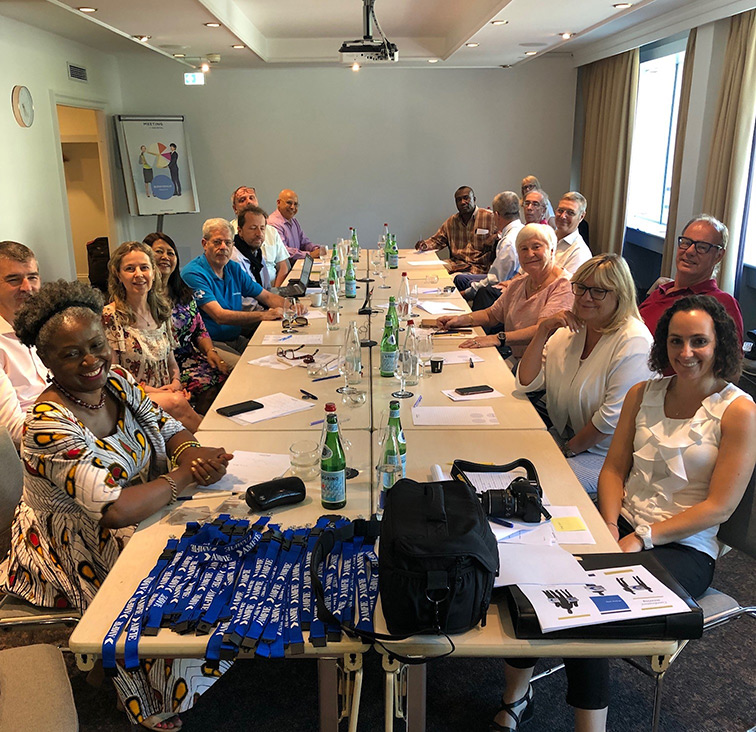